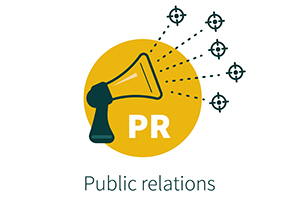 From “the press release is dead” to “PR is dead. Long live SEO” (or variations on those themes), there have been some catch phrases and other memes going around to suggest that public relations practitioners may be as endangered as Rhinos.. Nothing could be further from the truth.

The PR industry is going significant change and more than its share of growing pains, but the importance of effective communications has never been more pronounced than in today’s integrated media environment.

Engaging on social media, or have lots of “likes” and followers is not enough. If an organisation is not communicating its key messages, any social media effort is a waste of time. Here is where a seasoned professional communicator plays a key role. Helping hone messages and ensuring all communications contain at least one key message.

Reputation must be top of mind, particularly at the executive level, and even in the at the smallest companies. We are even seeing a trend of chief reputation officers being appointed. Good reputation management is good PR.

The South African business scandals of 2017 has shown us how crucial effective crisis management is. In today’s fast-paced media landscape, an ultra-quick response with finely-tuned messaging is a must. Incidents like the Gupta Leaks and related corporate failings of SAP, KPMG and others has shown us not matter how good the executive level thinks it is at handling  a crisis , without good PR advice and a proper crisis plan disaster waits.

The rise of social media and SEO metrics have convinced some that brand visibility is solely a matter of numbers and metrics. However, great positioning is also the product of craftsmanship. We can’t forget that the quality and targeting of the message is of paramount importance.

It is popular to say that social media management is the domain of marketing. But social media is about communities and engagement, and the goal is to achieve earned influence. While PR has some work to do when it comes to mastering social media, it is still the best equipped to leverage the social message.

The scenery has changed, but the media remains the primary influencer of public opinion. And while PR practitioners have had to adapt and become more agile to keep up with the media’s new modus operandi, they are still the pros at this.

Many organisations, are on tighter budgets and don’t have as much to spend as they might like on integrated marketing. PR is still the most cost-effective way to communicate to a broad audience

From blog posts to by lines to webinars to tweets, good content builds the face of the organisation. PR should steer that ship as communicators know when, why and how best to send the message. It is all in the timing, providing the right context gives content the chance to really flourish

In the era of the Global Village, an organisation’s values are of utmost important to the public, and make up a bigger portion of its brand strength than ever.

You cannot just slap a Rand value on media placements and call it a day. Part of the challenge of measuring ROI is the intangible reservoir of goodwill that PR builds. Public confidence in a brand is the measure of that goodwill. Quantifying public confidence can be accomplished through a combination of surveys, media tone analysis, traditional ad values and circulation numbers, market penetration, brand buzz, etc.

However the ROI is calculated, it must be clear that it is about more than just rands and cents.  As companies have learned, building a reservoir of goodwill can help companies overcome crises during which their reputations are under scrutiny. 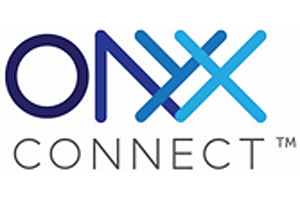 Jul 24, 2018
Read More »
We use cookies on our website to give you the most relevant experience by remembering your preferences and repeat visits. By clicking “Accept All”, you consent to the use of ALL the cookies. However, you may visit "Cookie Settings" to provide a controlled consent.
Cookie SettingsAccept All
Manage consent

This website uses cookies to improve your experience while you navigate through the website. Out of these, the cookies that are categorized as necessary are stored on your browser as they are essential for the working of basic functionalities of the website. We also use third-party cookies that help us analyze and understand how you use this website. These cookies will be stored in your browser only with your consent. You also have the option to opt-out of these cookies. But opting out of some of these cookies may affect your browsing experience.
Necessary Always Enabled
Necessary cookies are absolutely essential for the website to function properly. This category only includes cookies that ensures basic functionalities and security features of the website. These cookies do not store any personal information.
Non-necessary
Any cookies that may not be particularly necessary for the website to function and is used specifically to collect user personal data via analytics, ads, other embedded contents are termed as non-necessary cookies. It is mandatory to procure user consent prior to running these cookies on your website.
SAVE & ACCEPT